Home » The dangers of speeding teenage drivers on Texas roads

The dangers of speeding teenage drivers on Texas roads 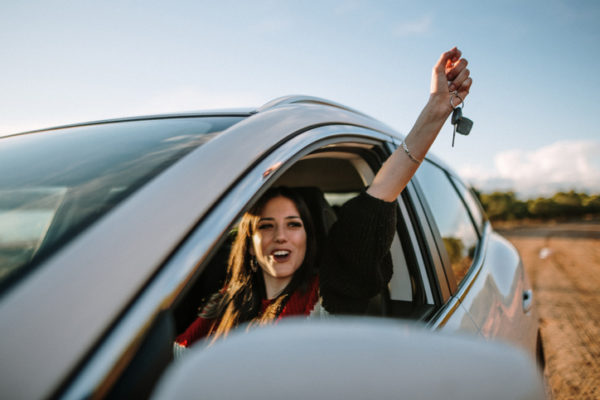 So much attention has rightly been given to the dangers of drunk driving, distracted driving, and other risk factors behind the wheel that speeding sometimes seems to fly under the radar.

Most people recognize that it's at least a little bit dangerous, but it also feels benign.

It shouldn't, though: according to the Governors Highway Safety Association, speeding is the cause of about a third of all traffic fatalities nationwide — and while drivers of all ages are part of the problem, no age group is more prone to speeding than teenage drivers.

We've seen firsthand the deadly consequences when young drivers cause wrecks by going too fast on Texas roads. Here's what you need to know.

What makes speeding so dangerous for teen drivers?

First, teenage drivers are, by definition, inexperienced drivers. The minimum age to get a learner license in Texas is 15, so every teenager on the road is in their first few years as a legal driver.

One of the reasons inexperienced drivers cause so many accidents is that they have trouble evaluating risk, including the risk of driving too fast for the road conditions.

Driver education tends to focus on basic maneuvering skills such as steering, accelerating, and braking. Skills like scanning the road, recognizing potential dangers, and appropriately responding to hazards are much harder to teach in a classroom and mostly come with experience.

This problem is exacerbated among teenage drivers because their brains are still developing, and in particular, the parts of the brain that evaluate risk and make safe decisions are not fully formed.

Adolescents also struggle with behavior and impulse control, which can lead to reckless driving. Finally, teens may view themselves as invincible, and the "it won't happen to me" mindset can prove fatal when it does, in fact, happen to them.

How we can prevent teens from speeding

Even if teenage drivers are predisposed to some amount of risk-taking, speeding is a learned behavior, and adults — whether they're parents or not — can do their part to help the current generation of teenagers make safer decisions.

Inexperienced drivers often take their cues from others on the road who they assume are more experienced.

In addition, some teenage speeding is a consequence of not being used to the more general demands of independent life.

Teenagers are new to managing their own schedules and budgeting adequate time to get to their destination. Parents can help their adolescents learn to leave early and make sure they have plenty of time to get where they're going with no need to drive at an unsafe speed.

Using technology, such as GPS systems, to monitor teen drivers can also help to reduce speeding, as can improved police enforcement of speed limits.

If you were hurt in a wreck caused by a speeding driver, regardless of that driver's age, you have rights under Texas law.

Through the civil justice system, you can pursue the compensation you need for your medical expenses, lost wages, and other costs related to the accident. Holding speeding drivers accountable also helps to make our roads safer and sends a clear message that playing games with other people's lives will not be tolerated.

The key is to talk to a car accident lawyer as soon as possible about your legal rights and options. Our conversation is confidential and there's no pressure to hire us, just answers about your legal situation.

Don't go up against an insurance company on your own. Schedule your free consultation with Weinstein Law today.