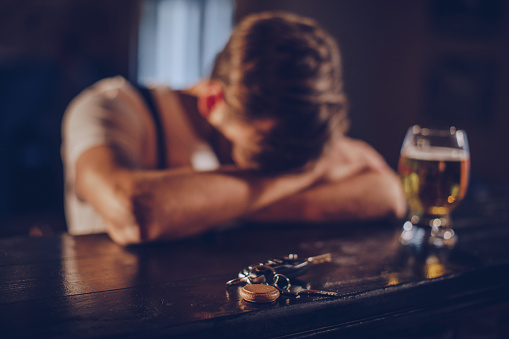 Drunk drivers just don't care. They drink, they drive, they endanger the health and lives of fellow Texans.

This is especially true during the holiday season, which should be a time of joy. An analysis of data covering 2010 to 2019 shows 64% of the fatal accidents happen around Christmas, as compared to Thanksgiving, with nearly one-third involving a drunken driver.

The analysis shows that drivers under the influence of alcohol and speeding drivers were responsible for almost one-third of the fatal holiday crashes. The number was even higher – 41% – in Texas, trailing only Connecticut (43%) nationally.

Texas led the nation over the decade with 1,280 fatal holiday accidents. California was second, with 1,273, while Florida ranked third, with 1,171. They are the only three states with more than 1,000 fatal crashes.

Drunk-driving fatalities actually rose in Texas during the COVID-19 pandemic in 2020. With far fewer drivers on the road – the state imposed a two-month lockdown during the height of the crisis – fatal crashes blamed on drunk drivers increased 6.3%

In a more “normal” year, the Texas Department of Transportation reported the following numbers for drunk-driving accidents in 2019:

Besides the toll in injuries and lives, Texas drivers seem to be ignoring the strict penalties under DUI laws in the state:

Get Help from a Car Accident Lawyer

If you were injured or a loved one died in a crash caused by a drunk driver, you have recourse through the civil justice system. Legal action you take to recover compensation for your losses is separate and distinct from any criminal charges the state hands down to the driver, meaning you still have the right to file a lawsuit regardless of what happens with the driver's criminal case.

The key is to talk to a car accident attorney as soon as possible to protect your rights and put yourself in the best position to hold the at-fault driver accountable for your damages.

At Weinstein Law, we have been fighting for crash victims and their families in Henderson County for decades. Attorney Jeff Weinstein knows how the legal system works and understands what it takes to successfully litigate cases in East Texas. Discover what an experienced Athens, TX car accident lawyer can do for you. Contact us today for a free and confidential consultation.