Home » Wheel detachment crashes: What causes them and who's to blame?

Wheel detachment crashes: What causes them and who's to blame? 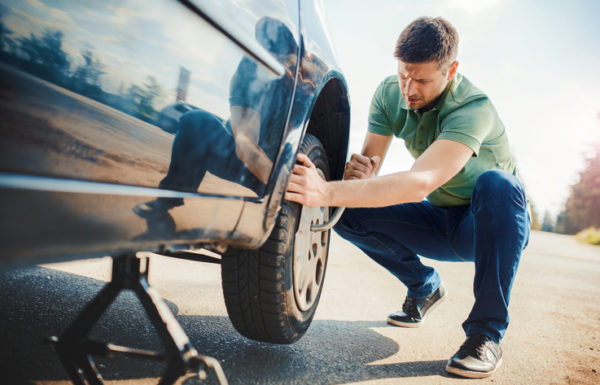 Have you ever considered that you may be involved in a crash caused by a wheel detachment? If you're like most people, the answer would probably be "no." Crashes caused by wheel detachments are very rare and often regarded as "freak accidents."

When they happen, drivers, pedestrians, and other people affected typically have little time to react.

Wheel detachments are particularly dangerous when they occur on interstates and high-speed roadways. When a wheel detaches from a car or truck at a high speed, it can project in any direction. Drivers, pedestrians, or building occupants may be struck. A detached wheel may also create a swerve risk on major roads. Injuries caused by detached wheels are often severe and even life-threatening.

A CNN video shows footage of crashes and close calls related to wheel detachments. One pedestrian was nearly struck by a flying wheel, as it smashed into a storefront and shatters glass. In another incident, a truck driver lost a wheel on a highway overpass. The wheel struck a car on the roadway below before careening into a hotel conference room. A police officer was grazed by a rogue wheel while helping a stranded motorist.

Over-torquing involved tightening the lug nuts beyond capacity. A mechanic using an impact wrench may tighten the lug nuts too much, causing the bolt thread to stretch and lose its original form. Over time, this can cause the bolts to snap off.

A poorly installed axle or tie rod could also be a factor.

Wheel components such as axles, tie rods, and bolts wear down over time. When drivers fail to replace these parts, a wheel can detach unexpectedly. Other factors in basic wear and tear include rust, corrosion due to paint and chemicals, or excessive weight carried on a car or truck.

New cars or wheel parts may come with mechanical defects. According to Business Insider, actor Mena Massoud, who starred in Disney's live-action version of Aladdin, filed a lawsuit against Tesla in 2018. A defect in the car's suspension reportedly caused one of the front wheels to detach while he was changing lanes. The car careened out of control and collided with a tree. The incident happened only one day after purchasing the car. The company had reportedly been aware of the defect on several of its cars before the incident occurred.

Who is to blame for crashes caused by wheel detachments?

Wheel detachment crashes are often complex. It takes a thorough investigation to find out where the negligence occurred. For example, responsible parties may include:

If you were hurt in a crash caused by a wheel detachment, you need a highly skilled attorney on your side. Attorney Jeff Weinstein has served clients in Henderson County, Texas for more than 20 years. To find out how he can help you, contact Weinstein Law today and schedule your free consultation.