Home » How dangerous are truck rollovers on Texas roads?

How dangerous are truck rollovers on Texas roads? 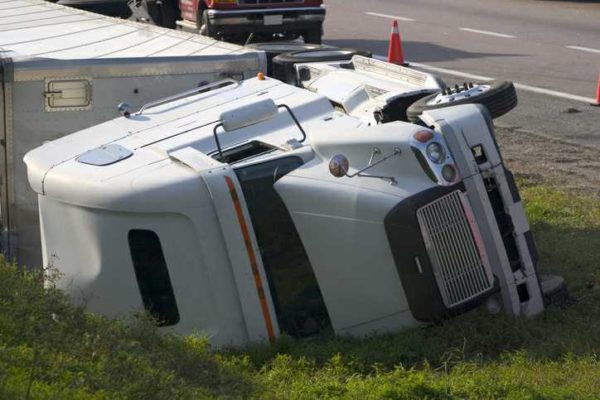 Due to their sheer size and weight, semi-trucks can cause a great deal of damage in a rollover crash. A single rollover can injure or even kill multiple drivers on the same road.

Annual state crash data from the NHTSA concludes that 137 traffic fatalities on Texas roads in 2018 involved large trucks. That's a four percent increase from 131 in 2017. The report doesn't specify which type of truck crashes were involved, but rollovers are a leading cause of traffic fatalities in Texas.

Which factors lead to truck rollovers?

Human error causes the majority of truck rollover. This includes:

What should I do if I was injured in a rollover truck crash?

If you were involved in a crash with a truck that rolled over, you likely sustained serious injuries, including:

If you are fortunate enough to walk away from a rollover truck crash with only minor injuries, then consider yourself lucky. You should still seek prompt medical attention, however.

Large trucks can do a lot of damage and are a large liability to others on the road. So, you'd think truck drivers would take extra measures to prevent crashes. The same goes for the companies they work for. Unfortunately, that's not the case.

That's why East Texas truck accident attorney Jeff Weinstein has spent more than 20 years fighting to hold reckless truck drivers accountable for the injuries and deaths they cause. Attorney Weinstein also employs a winning legal strategy to help injured motorists maximize their compensation. He doesn't want them to have to pay medical expenses and other damages out of their own pocket.