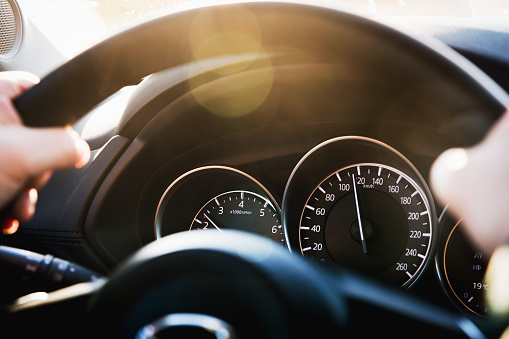 No state has experienced more speeding-related fatal car accidents over the last 10 years than Texas, a new study says.

While Texas may have the most fatal speeding accidents overall, in context with population, the Lone Star State is on the high side of average. In fact, when you look at how many of the fatal crashes in each state were caused by speeding, New Hampshire emerges as the most dangerous state for drivers.

Almost half of all deadly New Hampshire crashes involve speeding, whereas 33% of Texas' wrecks are influenced by speed, according to research by Valuepenguin.

Speed is a major issue in fatal car accidents because the faster a vehicle is moving at the time of impact the more severe the resulting damage.

Henderson County experiences a handful of fatal speed-related accidents every year. In 2019, there were almost 8.5 fatalities per 100,000 people.

About half of a dozen deadly crashes happened over the last several years around the county's major lakes — Lake Palestine and Cedar Creek Reservoir.

In addition to the deadly crashes, Henderson County has about twice as many speeding-related accidents that end in serious injuries, according to state data.

In a AAA Foundation study, researchers who analyzed crash test data found the most common speed-related crash injuries are:

After a bad accident, recovering from injuries can be a long and expensive process. It is often necessary to file an injury claim with the at-fault driver's auto insurance company to recover compensation for your past, current, and future crash-related medical expenses, destruction of property, lost wages, and other damages.

A car accident attorney can fight for the compensation you deserve

People often decide to speed for one of several inexcusable reasons: traffic congestion, running late, anonymity, and a reckless disregard for everyone else on the road.

Speeding is a preventable crash factor that can be eliminated by individual commitments to drive safely. Speeding isn't just going faster than the posted limit, it's going too fast for conditions. That means if it's raining, doing the posted 75 mph speed limit could be considered speeding by law enforcement.

If another driver was speeding and caused an accident that injured you or a loved one, you deserve financial compensation. But insurance companies care more about protecting profits than paying accident victims what they're entitled to. That's why you need an experienced Athens car accident lawyer to protect your rights and hold the negligent driver accountable for their actions.

For over two decades, attorney Jeff Weinstein has been fighting for the injured in Athens and throughout East Texas. He isn't afraid to take on insurance adjusters to advocate for your best interests, and he understands what it takes to win.

Discover what our law firm can do for you. Contact us today for a free consultation.